. . . the fact that Plaid Cymru have twelve seats in the Sir Fon Council is a victory.

The people of that delightful island – many would call it “Anglesey” – have shown that they are disillusioned with London politics.   They have seen, I think, that – whatever they call themselves – the Welsh Conservatives, Welsh Labour and Welsh Lib-Dems are an extension of their London-based parties.   Sticking “Welsh” in front of a name do not change its meaning.

There are about the same number of “Independent” Councillors now serving up there, too.   But the question must be asked:  are they Tory Independents, Labour Independents or Lib-Dem Independents?

So Plaid Cymru, a party born and bred in Wales, should be proud of the hard work its members put in while the campaign was running.   That work paid off admirably.

All that remains now, of course, is for Plaid to show what they can do for that area – for it will show what Plaid can do for the whole of Wales.   And it could be an important step in gaining independence from London control.

May I also congratulate Leanne Woods for that really excellent interview she did on Radio Wales this very morning?   She’s a real leader – and we need a few more of those in this age of lacklustre politicians.

To keep me smiling as I travel here and there in our land, I like to listen to Radio4Extra.   There, I find a miscellany of good programmes – especially comedy-shows.

Those comedies range from The Goons to the latest edition of The News Quiz, so we are well-blessed.

However, it has thoroughly irritated me to here announcers on the station talking about a Comedy Festival in a non-existent place called “Mah-hun-thleth”.

In fact, the annual Festival is taking place in Machynlleth.

If English announcers can pronounce Loch Lomond with its Scottish “ch”, and if first-language Welsh-speakers can pronounce “Manchester”, “Birmingham” and “London” with no trouble, surely the BBC’s Pronunciation Department can teach announcers to pronounce a simple Welsh place-name like Machynlleth! 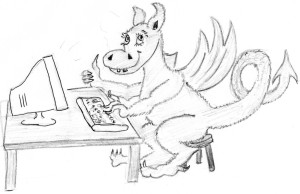 Though not born in Wales, I have lived and worked here for many years now. I love the place and love that mercurial thing "Welshness". I have been accused of being "a Taffophile" - which is pretty near the truth. The question I ask whenever some idea comes up for the whole of the UK is: "What's in it for Wales". I believe in an independent Wales and am so pleased that our Assembly is a big step on that road.
View all posts by Archie Lowe →
This entry was posted in News and politics, Wales, Welsh Affairs. Bookmark the permalink.